As die cutters and embossers become more sophisticated and mature, choosing one brand over another is increasingly challenging. Is Cricut really better than Silhouette, or is the Lehi based company the top die cutting machine manufacturer?

Selecting the right brand depends on a few factors:

First off, you want the machine to be well-made. For that reason, you want to trust a company that’s ready to stand behind the quality of their products. And what better way to confirm this than by checking the warranty terms and the overall quality of their customer service experience? Then there are factors like user-experience, cutting power, reliability, pricing, brand reputation, and resources.

So, in the following Cricut vs. Silhouette duel, we are going to run a head-to-head comparison of the two noteworthy brands.

Cricut’s line-up comprises the Maker, Explore 1, Explore Air, and Explore Air 2. Silhouette offers the Cameo, Curio, and Portrait 2. Both companies also have a wide variety of manual die cutters although they seem keen on shifting their focus on the production of electronic cutters.

Their product lists are almost the same in terms of variety. Also, the two companies seem to have embraced innovation as they have so far been competing on stuff like software, mobile applications and so forth.

So, to this end, we’d say it’s a tie. Both brands garner equal points.

Both companies seem legitimate. Coincidentally, the two are headquartered in Utah although Silhouette is in Lehi and Cricut’s official address is in South Jordan. The said company is part of the Provo Craft & Novelty, Inc.

They’ve been in this business for more than 5 decades and so you can rest assured they really know what they’re doing. Indeed, it takes a good reputation to survive that long in a competitive marketplace.

Silhouette, on the other hand, has been in the business since 2010, according to their Better Business Bureau profile. They have an overall B- rating which, though not stellar, is quite satisfactory.

If reputation is anything to go by, then the two companies would still garner equal points. They are well-established entities and seem committed to retaining their leading positions in the marketplace.

As we have mentioned, both seem to be focusing on the production of electronic cutters. Therefore, it’d only be fair for us to rate them based on how they price these products. Of the two, it is Cricut that produces the cheapest electronic die cutter which is the Explore One that retails for $149.99. The cheapest model from Silhouette, the Portrait 2, goes for $199.

The South Jordan based company seems to offer a wider spectrum on this front. So, whether you want a cheap cutter for starters or are looking for an advanced, heavy-duty cutter, their menu seems to have everything for everyone.

In that regard, we think that Cricut enjoys a slight edge over Silhouette.

The Lehi based company seems to have an edge when it comes to UX. We generally found their machines to be beginner-friendly judging by the way they’re designed, how their buttons work as so forth. We also found their only platforms and software much easier to use. For instance, their design software can be accessed offline via a computer but the same isn’t possible with the rival’s software (more on that later).

And to top it all up, Silhouette provides you with additional features meant to make your work easier. These include the PixScan technology that enables you to cut precisely around any printed images. Then there’s the Link a platform that enables you to send cut jobs from any device, right into your cutter.

There’s also the Cloud feature that makes it really easy to synchronize design store libraries for easy access. And to top it all up, you get the Connect platform that gives you the ability to send projects with ease.

So, it is thumbs up for Silhouette, they’ve really tried to come up with all manner of features that make it easy for one to handle different tasks. Cricut isn’t doing badly either but calling their user experience excellent would be a bit of an overstatement in our opinion.

The stakes are high as far as the battle for the best software for die cutting goes. While Cricut uses Design Space, their arch nemesis uses the Silhouette Studio. Both platforms are availed at no cost although there are options to access premium features by paying more. Clearly, both companies are banking on making more revenues by collecting subscription fees.

Design Space, however, doesn’t enjoy offline access via Mac or PC. That said, the company has developed an awesome iOS platform which can be accessed and used even without internet access. They’re yet to launch an Android App for this, particularly role, though.

Also, their apps seem to be in need of more work. For now, you can only use them for some cheesy little designs. To make matters worse, at the time of compiling this review, syncing the App with the Cameo’s Bluetooth system proved quite a challenge.

The battle was closely fought but we think Cricut has a marginal lead over its sworn rival.

While the two companies have some relatively good products, they also have their fair share of weaknesses. But all along, Cricut has stood out with its ability to maintain some pretty high standards. They’re known for their good quality and their machines have been dubbed “workhorses” by different reviewers.

Silhouette, is not an underdog either. They have carved a niche for themselves with their unique products and quality assurance criteria. But even with that said, calling their products “workhorses” would be an overstatement.

For instance, while Cricut’s Make provides 4Kilograms of cutting force, while the Cameo 3 provides a paltry 250grams.

So, as far as performance and quality goes we’d like you to think of Silhouette as a Toyota Prius but Cricut as a Jeep Grand Cherokee SUV.

In other words, it’s a clear lead for the South Jordan based company.

Over time, the company has moved on to the production of electronic devices leaving quite a number of their old machines obsolete. So, it’s quite difficult to find good customer support if you own one of their old model cutters nowadays. Also, their phone tends to keep people on hold for long before someone picks up the phone – that’s quite annoying.

Silhouette is no better either. Their customer service complaints range from ignored emails to shipping and warranty related ones.

We’d, however, like to note that both companies seemed to be actively responding to the issues raised. But is there room for improvement? We believe that the customer is king and, therefore, these two should up their game by enlarging their customer support capacity. It’s a tie.

Both offer a 1-year limited warranty for their die cutters. So, if a valid manufacturer’s defect occurs during that period, they can repair or replace the product at no additional cost. In both cases, though, you’d have to pay for shipping. Plus for replacements, the product has to arrive for them to send you a new one – that may take time as well. Once again, this seems like a tie.

We all love freebies, don’t we? In keeping up with this desire, the two companies provide quite a few special bonuses. For instance, Cricut provides you with 50 free design templates and 25 sewing projects along with their Design Space software. Silhouette offers 50 free pre-made designs along with their user-friendly Studio software. Cricut has a slight edge.

Both brands make great die cutting machines. So we’d encourage you to figure out which aspects of the die cutter are more important to you so you can buy based on that criteria. In our opinion, if you’re looking for the best value from a cheap machine, we think Silhouette would have some awesome options for you. Looking for heavy-duty stuff with a great cutting power? We’d go with the Cricut brand.

And finally, the overall winner based on the score above is Cricut. The score stands at 4-1. That said, it’s important to note that the two companies tied in 4 instances which is to say that Silhouette is also worth its weight in gold. 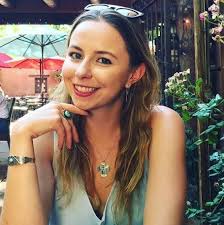 Hello there, my name is Carole Lokey from Texas. I am a die cutting and scrapbooking enthusiast and I have been sharing my passion with my friends and likeminded folks for close to 15 years now. Don’t hesitate to get in touch with me via the contact page. Learn More>> 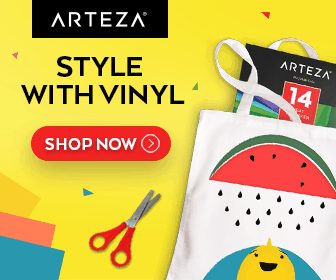 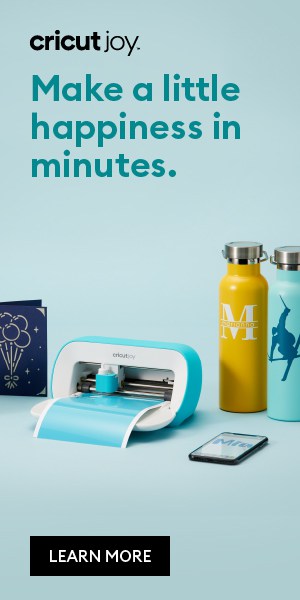